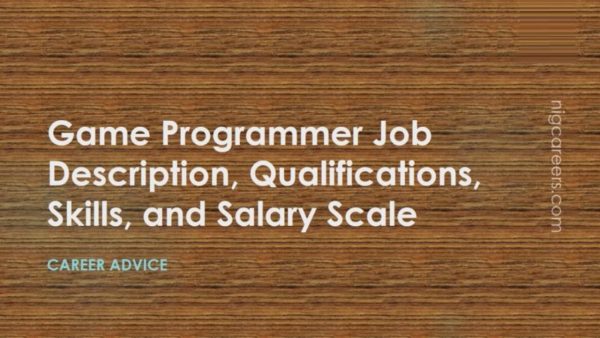 Who is a Game Programmer?

A generic phrase used to describe computer engineers who work on video games is “game programmer.” Programmers create a game by using the fundamental languages of computer programming, which they are often educated in. They could focus on particular coding disciplines like user interface, network, tools, porting, scripting, graphics, AI, sound, and so on.

To become a game programmer, you must possess a solid understanding of coding and the various platforms. They play a significant role in the development process, utilizing technical resources to make sure the game works properly when it is finished.

The game programmer’s job is to construct the software needed to make video games. This entails putting together the platforms and engines that will run the games and creating specialized software programs to satisfy the particular needs of the games.

During the video game pipeline process, game programmers collaborate closely with game designers and developers to set up the game engine and make sure the production proceeds properly. Their job involves a lot of problem-solving, so they need to be well-versed in gaming software to help make the game come to life.

Early in the production process, prototyping is a critical step that serves as a proof of concept. Through the process, programmers will learn more about the game’s limitations and how to fix errors.

To succeed in cutthroat marketplaces, designers and developers depend on programmers to produce the greatest game they can.

Video game developers turn abstract ideas into executable code. Paying close attention to details, examining lines of code, and troubleshooting are all necessary skills for a job as a game programmer. As a game programmer, you create an interactive gaming environment using coding languages like C++ and Java. Different types of game programmers each have unique talents for producing a certain function in the game, yet they all collaborate to develop the finished item. For instance, some game programmers concentrate on creating the game’s 2D and 3D graphics, while others create user interfaces to make the game entertaining and simple to use.

To code their games, game programmers employ a variety of computer languages. The most popular ones are C, C++, Java, Assembly, and C#. These languages can be learned through online tutorials, self-study, or computer programming classes. Extended versions of libraries and APIs are used by programmers for graphics. To launch and succeed in a profession as a game programmer, it’s imperative to comprehend and master the languages used in the industry.

To become a game programmer, you must be enthusiastic about gaming and interested in computer programming. Some game programming roles just demand an associate degree or substantial programming expertise, while others call for a bachelor’s degree in computer science or a related discipline. These schools’ courses offer the practical training required to develop a portfolio and write sample codes. Learn coding languages inside and out, then try using them to create example games. Once you’ve gained some expertise, look for entry-level jobs at video game development studios.

Game programmers are responsible for the following duties and responsibilities:

How to Become a Game Programmer

Where to Work as a Game Programmer

How much a game programmer may earn depends on their location. Washington, Massachusetts, Delaware, New Hampshire, and Maryland are the states where game programmers make the highest money.